What We Know About CBD for Glaucoma

What We Know About CBD for Glaucoma

Vision loss, or complete blindness, it’s a scary reality many Americans have to face during their elderly years. Glaucoma stands as a leading cause of blindness and vision loss, not only in the U.S but in the entire world. In fact, more than 3 million Americans have Glaucoma, and 2.7 of which is held by people who are 40 and older. Glaucoma has a few forms, but the most common is open-angle glaucoma. The U.S suffers economically as well, with some reports saying that the loss of productivity, as well as patient visits, costs roughly 1.5 – 3 billion USD per year. This includes Social Security benefits, health care, and taxation. More than 120,000 people have turned blind due to glaucoma, which makes up between 9-12% of cases of blindness.

But with the very high risk of developing glaucoma in our later years, African Americans and Hispanics pose the highest risk of developing it. It is 15 times more likely to develop in African Americans compared to Caucasians and is thought to be that way due to high pressure in the eye. However, this is not the cause of glaucoma, rather, a risk factor. It’s still possible to be diagnosed with glaucoma and have low pressure in the eye.

Glaucoma is caused by permanent damage to the optic nerve, which relays information to the brain. Without proper timing of treatment, the condition inevitably worsens. With the earliest stages often going unnoticed due to the absence of pain. Early indicators of glaucoma is a loss of peripheral vision, and a gradual decline of vision.

Research shows that it is often inherited, but can also be caused by poor blood flow, such as blocked blood vessels inside the eye, or infection, and even some inflammatory conditions.

There are two main types of glaucoma:

Both of which have no known cure.

What Does the Research Say About CBD for Glaucoma?

The research behind the effects of CBD for glaucoma is still developing. Actually, it’s very well known that people turn to medical cannabis for glaucoma. However, researchers and doctors alike will not propose it as an effective treatment, and that is for a few reasons. 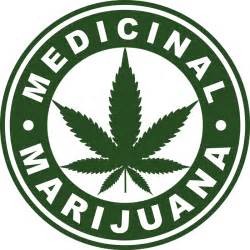 CBD, also known as cannabidiol, is just one component found in hemp/cannabis. It’s non-psychoactive, which means there will be no “high” from using it, which is different from its closely related cannabinoid, THC. This makes for an appealing aspect for people not wanting the high, but rather utilize some of the medical benefits it brings.

Having cleared that up, there is significant research that goes behind the synergistic effect the many cannabinoids have with each other. They all behave differently on their own, but have an increased effect in some areas when metabolized together, through our endocannabinoid system.

On one side of the research, there is some small support for THC as a possible deterrent of high eye pressure, but none of which prove safety or efficiency. The combination of both CBD and THC has shown slight effects on this matter, says this study.

The research on CBD, as a standalone, does not show any help in treating glaucoma, and that higher doses can actually increase eye pressure, thus increasing the chances of developing glaucoma, says another study.

It’s possible that people have told you that medical cannabis can help treat glaucoma, due to THC being able to lower pressure in the eye (as some research suggests), but there still needs to be much research on the matter, especially when there are other medications that help treat it as well, for their specified design. Before trying any of these remedies, discuss the possibility with your doctor!

*Disclaimer* We are in no way giving medical advice, nor are we saying any of the above ailments will be treated, nor cured by using. Please consult your doctor before making any decisions.