Does CBD Have Potential for the Alzheimer’s Community? 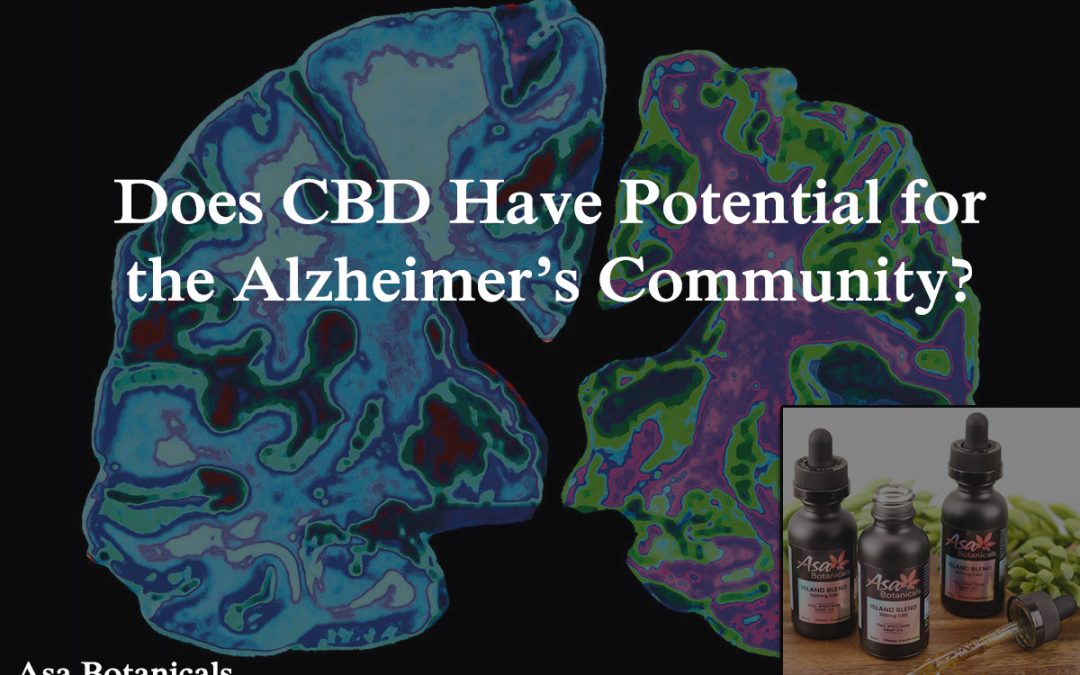 Dementia has several forms, but regardless, it grips the lives of millions of people each day, most with a lack of medications. Even with the entire world’s attention, there is no cure for most progressive dementias. According to recent statistics, anybody who reads this is extremely likely to have been influenced by someone with dementia.

In fact, that heartbreaking fact can stem even further, as there are no treatments that can slow and stop the progression. However, some fascinating things are being found about the deterioration of brain cells that can be influenced under the effects of CBD. On top of that, research is starting to show how CBD does indeed have some properties that promote neurogenesis.

What is Alzheimer’s (Dementia)

Dementia is a very broad term, much like “heart disease.” While Alzheimer’s is the most common form of dementia, there are other forms that come with their own classifications and are often similar.

But risk seems to be increasing as well, as mortality rates have increased 145% from 2000 to 2017. Alzheimer’s disease remains the sixth-leading cause of death in the U.S, which kills more than breast cancer and prostate cancer combined. Studies also show that people who are aged 65 and older survive an average of 4 to 8 years after diagnosis.

Economically, there is a big impact as well. This spans for dementia in general, but the costs of health care and long-term care for those suffering is one of the most costly conditions in society. A massive $290 billion in the year 2019, while medicare/Medicaid were expected to cover 67% of that, or $195 billion. 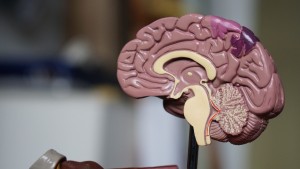 How Does Alzheimers Develop?

We have tens of billions of neurons in our brains. These neurons are essential to almost every bodily function, and carries out much of the processes for cognitive thoughts and actions. Neurons transmit electrical and chemical signals throughout the brain, and is an absolutely necessary part for the muscle to function. Alzheimer’s disease breaks down these processes through neural degradation, and therefore disrupts the communication through cell death.

As with most dementias, they are progressive. In fact, after the age of 65, everyone’s’ risk of Alzheimer’s doubles every 5 years. But how does this disease progress? What happens in order for cells in the brain to die?

Neurons consist of three parts, but we will focus on just two.

These parts are essential for communication. What’s interesting is that neurons do not die at the rate of our other cells. They have evolved to the point where they are constantly maintaining themselves and can live 100 years. Of course, there is something that the disease does in order to diminish and break down these cells.

Signals are sent from these neurons through electrical and chemical charges. They travel down the length of the axon to jump from groups of dendrites, where it is released at the synapse. The synapse is a gap where they are sent and happens in massive numbers very quickly. These cells also require energy, in the form of oxygen and glucose, which help circulate chemicals throughout the brain.

As you can guess, these cells conduct so many functions that there has to be a significant method in which they repair and rejuvenate. Keep in mind that there are many ways the brain does this type of upkeep, but some major roles that play in Alzheimer’s are through the axon sheathe known as Myelin, which is a protective protein that can speed up the signal sending, but also protects the neuron in general. The brain is also capable of changing the structure of its neurons. New connections can be made, changed, and remodeled to the point where it may even generate new neurons (neurogenesis.)

According to the National Institute of Health (NIH), the brain typically shrinks as we age, but does not actually lose neurons. At least, not in the large numbers that those with Alzheimer’s do.

Alzheimer’s disease goes against everything we just covered. It inherently ruins the neurons’ abilities remodel, recover, and heal. All of the processes are damaged, and cells begin to die and lose communication.

For Alzheimer’s, there are three general stages:

One of the things that cause the disease is a buildup of plaques between the synapse, the gap that sends messages. Beta-amyloid is a protein normally for repairing neurons. However, one form of the protein, beta-amyloid 42, is especially toxic in the fact that it can build up in the synapse without breaking down, causing plaques. It is currently unknown at what stage this develops. Researchers are still looking to see how this plays a part in the progressive disease.

Amyloid proteins aren’t the only ones that cause progressive forms of dementia. Neurofibrillary tangles are a result of a protein called tau that buildup inside neurons.

Normally, tau stabilizes the structure of neurons through microtubules. Microtubules normally guide neurons into their structure through the best means of transferring nutrients through axons and dendrites. Alzheimer’s disease causes tau to branch away from these microtubules and conjoin with other neurons, causing the tangling. This is a form of brain damage that results in a blockage and deepens cellular communication problems further.

Inflammation can be caused in the brain due to a buildup of glial cells, which normally help keep the brain clean. Microglia, a type of glial cell, normally disposes of waste and toxin buildups, including plaques. However, research is still trying to understand why glial cells seem to stop working in Alzheimer’s disease.

What’s interesting about this is that we have several parts of our nervous system to combat this. A large focus in Alzheimer’s research is our gene called TREM2. This gene is supposed to tell the microglia to clear the beta-amyloid plaques. If it doesn’t, inflammation increases in the brain, causing more blockage and plaques. Astrocytes, another type of glial cell, are sent to clear out the plaque, but they do not clear out the waste. That’s the job of microglia, but the disease prevents that. As the debris builds, so does the inflammation. What makes matters more complex is that the functions of microglia and astrocytes leave a chemical byproduct which also causes inflammation.

Research shows that the way our brain moves blood plays a factor in progressive dementias. Atherosclerosis, hardening of the brains’ arteries, and strokes can affect the way blood is used in the brain.

Vascular problems cause reduced blood flow, which cuts off sources of oxygen. With the decrease in oxygen, brain cells begin to die. More importantly, the blood-brain barrier begins to break down too, which is what protects the brain from outside agents, and letting in beneficial ones. With a broken down blood-brain barrier, the brain cannot get glucose, which normally helps clear out the plaque waste. Once again, inflammation is a result of this.

What Does the Research Say About CBD?

CBD, or cannabidiol, is one of many components found in cannabis (hemp/marijuana) and has only begun to shed light in the medical field for its anticonvulsant properties. In fact, the FDA has approved a new anticonvulsant drug that contains CBD, which makes it the first FDA approved drug with CBD in it.

However, it doesn’t stop there. Research is turning to CBD for its anxiolytic and anti-inflammatory properties. Even monitoring imbalances that can potentially help with blood pressure or diabetic neuropathy.

The appealing aspect, commercially, is the fact that CBD is non-psychoactive. This means it won’t make the user “high,” unlike THC. This makes for some impressive medical properties, but how does it work? 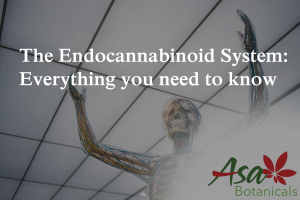 Every animal has what’s known as the endocannabinoid system, or ECS. This is a part of our central nervous system (CNS), and is enrolled in metabolizing the many different cannabinoids.

What’s interesting about the ECS is what’s known as CB1 and CB2 receptors. While these differ from neurons, they actually have many similar properties that help the processes of neurotransmitters. These receptors are vastly numerous, but the majority are found in the brain. They are also found in the pancreas, liver, digestive tract, and even bone marrow.

Cannabinoids latch onto these receptors (primarily CB1) and are actually not water-soluble. One may ask themselves, “how do cannabinoids be processed in the CNS if the brain functions as a water-soluble machine?” This is exactly what intrigues the research for CBD for decades. Essentially, cannabinoids bind tightly to concentrated CB1 receptors, and have “membrane fluidizing properties.” Endocannabinoids move in the opposite direction compared to others, like dopamine. Normally, dopamine and other neurotransmitters move across the synapse, known as postsynaptic. For endocannabinoids, they latch to the adjacent nerve terminals in precise synaptic regions, and can inhibit the release of many excitatory and inhibitory neurotransmitters.

Researchers believe this is how CBD has the ability to monitor the chemical imbalances in our brain.

The key here is to understand that CBD is an anti-inflammatory, which is a big problem as proteins begin to cause displaceable plaques for those with Alzheimer’s. However, it’s important to know that, regardless of the promising research at the moment, CBD is not proven to be an agent that will slow or even stop the progress of dementia. Current therapies cannot do that either, so there is absolutely a call for more intensive studies on other forms of treatment.

One such study found that cannabinoids do have the ability to protect neurons from damage and deterioration. It found that CBD can reduce reactive gliosis and the neuroinflammatory response. As mentioned before, these glial cells can cause an array of issues that lead to inflammation. The same study found that CBD can promote neurogenesis in rats. Cognitive deficits were also reversed in Sativa strains. One factor to note about this study is that it was conducted on male mice the ages between 3 and 6 months, which is relatively young when compared to when the disease develops.

Another study focused on the CB1 and CB2 receptors. It found that natural or synthetic agonists, at non-psychoactive doses, have beneficial effects by reducing beta-amyloid action and even tau phosphorylation. The study also had some findings for the pathological processes of neuroinflammation and oxidative stress. As a part of this study’s conclusion, it was found that cannabinoids have pleiotropic activity, which means it can carry out more than just one function. It calls for more treatments that have this behavior because Alzheimer’s is a complex disease that will not have one root or one affected area.

By studying the processes of the endocannabinoid system, we can learn even more about how Alzheimer’s progresses, and what can possibly be introduced to fix the numerous imbalances.

CBD can improve the quality of life as well, as research suggests it can help appetite and behavior. At this point in time, CBD is increasingly gaining attention in how it works in our brains, which is also leading to the discovery of its neuroprotective properties. With the given treatments for Alzheimer’s, there is an absolute need for understanding this process. It can help give us a deeper understanding of how our brain ages, and what can be used to monitor this possible deterioration.

If you are looking for a safe place to purchase CBD, visit our Shop. Provided with third-party lab results, our products contain less than the legal limit of .3% THC. The purpose of this article is to inform, but not to give medical advice. If you or someone you know is suffering from Alzheimer’s, ask the physician first if CBD is acceptable, as it can interact with other medications

*Disclaimer* This is in no way giving medical advice. Nor are we saying CBD will cure any of the ailments listed. The scope of this article is to give the current research. Consult your physician if you’re interested in trying it first!